Fiber-optic communication has undeniably revolutionized the telecommunication technology by allowing the transmission of large amounts of data at very high speeds through longer distances. The technological progress of fiber optic communication has stimulated the development of fiber optic sensors, which offer increased sensitivity and form factor versatility, compared to traditional sensors. The most significant advantage of the fiber optic sensors is the ability to acquire spatially continuous information along the entire length of an optical fiber with only a single lead cable. Distributed fiber optic sensing allows for
measurement of physical properties such as temperature, pressure, strain and acoustics, with increased accuracy and cost-effectiveness in a variety of applications. 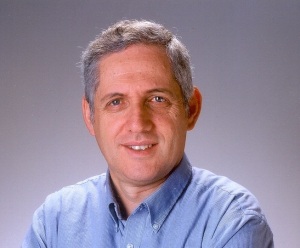 While there are great many different types of fiber-optic sensors, all of them have their performance limited by noise. In the science and technology of fiber-optic sensing (and elsewhere), noise may be generally defined as unwanted signals that accompany the one of interest. Most commonly, though, people use the term noise to refer to the random part of the sensor electrical output signal, a randomness that interferes with the accurate determination of measurand under study, as well as its minimum measurable value (i.e., the sensor sensitivity). Random noise has quite a few physical origins and may arrive from different parts of the sensor, such as its light source, its detector+electrical-circuitry, and even from the fiber itself! 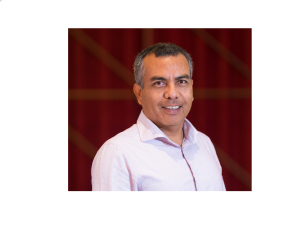 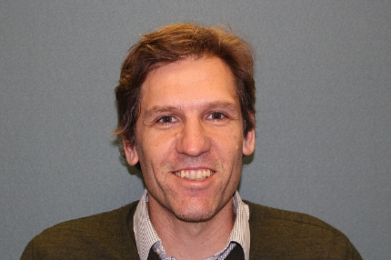 The idea of using optical fiber interferometers for sensing and precision measurement dates back to the mid-1970s with the coincident invention of the optical fiber gyroscope, by Vali and Shorthill, and the optical fiber hydrophone, by Cole, Bucaro and co-workers. Subsequent efforts to develop high performance fiber optic hydrophones and compact fiber gyros over the next 20 years contributed enormously to the early growth of photonics and resulted in a host of sophisticated interferometric optical fiber measurement techniques including phase-generated carrier, pseudo-heterodyne, and 3×3 symmetric phase demodulation, among others  – capable of robust measurement of strain and rotation approaching the absolute limit of physical precision.  Beginning in the mid-1990s the trend in fiber interferometry has gradually moved away from direct sensing, towards remote interrogation of optical fiber cavities, with the emergence of precision fiber laser sensors and phase sensitive optical time domain reflectometry (OTDR) in particular. At the same time, high speed phase modulators and advances in computational power have enabled powerful new techniques such as digitally enhanced interferometry and digital phase stepping. Very recently, optical fiber interferometry has found application in suppressing laser frequency noise in precision metrology and atomic spectroscopy, offering an exciting new path to taking high precision clocks and magnetic field sensors out of government standards laboratories and into the hands of real-world users.

In this tutorial, we will provide an introduction to the field of optical fiber interferometry covering the historical development of the topic, the basic principles of homodyne and heterodyne interferometers, some commonly used techniques,  more recent developments including digitally defined phase demodulation techniques, and, finally, emerging applications in laser metrology.  The aim is to provide both a practical guide and a historical perspective, highlighting some interesting applications and active research areas. Emphasis will be placed on the author’s primary fields of expertise in precision strain measurement (including acoustics) and metrology. 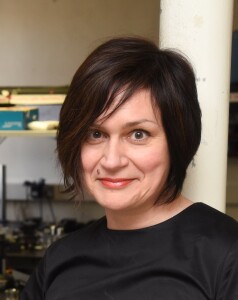 Whispering gallery modes (WGMs) in dielectric microresonators with circular symmetry have become the focus of many theoretical and experimental studies due to their exceptional properties such as extremely small mode volumes, very high power density and narrow spectral linewidths. WGMs have found many applications ranging from unique tools to study nonlinear optical phenomena and quantum electrodynamics, to low threshold microlasers as well as very sensitive microsensors. Among the variety of optical microresonators shapes, materials and technologies, optical fiber micro resonators offer additional advantages of simpler and less expensive fabrication.

This tutorial will introduce the fundamentals of fiber microresonators, review their fabrication methods, optical coupling techniques and applications for ultrasensitive detection of gases, volatile organic components (VOCs), liquid analytes and other physical parameters. Specific focus will be on the sensors based on polymer-coated microfiber resonators that rely on measurements of refractive index changes due to absorption of gas molecules by the coatings. Several specific examples of the microresonator based gas/VOC sensors and sensors will be presented including analysis and comparison of their performance. Microresonators for sensing of other parameters will also be briefly discussed. In conclusion, most recent developments, future prospects and challenges for the gas/VOC sensors will be discussed including the need for simultaneous detection of multiple gases/VOCs and overcoming the drawbacks of fabrication and readout complexity.

Light Science and Technologies (Photonics) now touches almost every area of our lives. It is considered a Key Enabling Technology (KET) or an Essential Technology for the development of Europe, USA and others main nations around the world. Photonic Sensing is understood as any sensing approach that employs light technologies and it is becoming an area with very important expectations of annual growths and strong socio-economic impacts in the present decade of this XXI century.

In this tutorial, will be offered a Doctrinal Conception of Sensing using Light (SuL) as an “umbrella” in what any sensing approach using Light Sciences and Technologies can be easily included. The key requirements of a sensing system will be, easily, introduced up to reach the general conception of a sensor using light techniques and related issues such as its main constituted parts and types. The case in which smartness is conferred to the device it is also consider. To illustrate this general concept, a quick “flight” over significant cases using different principles, techniques, technologies to detect diverse measurands in different sector applications such as Civil Engineering, Industrial Processes, Energy, environmental Health and Medicine, among others will be offered. Finally, some words concerning expected market and challenges to face in the near future will be also addressed. After this tutorial, any sensing approach using Light Sciences and Technologies will be easily and properly included in the umbrella of this key area both of sensors and of photonics: Sensing using Light or Photonic Sensors. 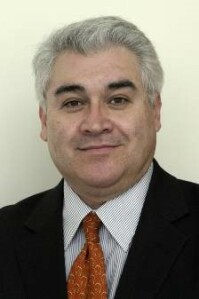 Given their EM immunity, intrinsic safety, small size & weight, autoclave compatibility and capability to perform multi-point and multi-parameter sensing remotely, optical fibers and fiberoptic-based sensors are seeing increased acceptance and new uses for a variety of bio-medical applications—from laser delivery systems, to disposable blood gas sensors, to intra-aortic pressure probes, to digital X-rays to name a few.  This tutorial will provide a broad overview on how optical fibers and fiber-based sensors are being utilized in the biomedical arena, highlighting their intrinsic characteristics, advantages and requirements.  Key industry applications, challenges and trends will be discussed, along with their future prospect and overall commercial outlook. 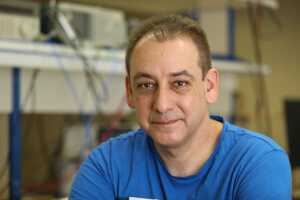 Sensing Outside the Cladding Boundary with Fiber Opto-Mechanics

Standard optical sensing protocols, such as absorption, refraction, scattering and fluorescence, require the spatial overlap between light and the medium under test. Most optical fibers, on the other hand, are designed to guide light strictly within an inner core. Consequently, sensing of media outside the cladding boundary represents a long-standing challenge. In recent years, however, several new protocols have emerged for sensing beyond the cladding, and even outside the coating. These concepts rely on fiber opto-mechanics: the interactions between light and sound waves that are guided together by the fiber. Position-integrated measurements, distributed analysis and point-sensing have all been demonstrated. Measurement range reaches several km, and spatial resolution may be as high as few cm.

In this proposed tutorial, I plan to address the following: 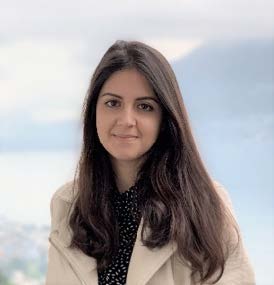 Distributed and Discrete Optical Strain Measurements down to Cryogenic Temperatures

Strain monitoring of prototypes is crucial to confirm the mechanical response of structures and validate Finite Element Analysis. Optical fiber-based strain sensors offer many advantages with respect to electrical strain gauges, such as being less invasive and intrinsically immune to electromagnetic fields [1,2].

The optical fibers can be used as discrete strain sensors through the Fiber Bragg Grating (FBG) technology. Within a short section of the optical fiber, the refractive index of the core is periodically modulated such as the FBG reflects a specific wavelength λB called Bragg wavelength and transmits all other wavelengths. When the FBG is bonded on a structure, the Bragg wavelength shifts as a response to the physical changes in the structure, and thus allows us to monitor the strain profile of the structure. Fiber Bragg grating (FBG) based discrete strain measurements have been extended to the applications at cryogenic temperatures (1.9 K) and high-field environments during powering of High-Field Low-Temperature Superconducting Magnets [2]. FBGs are discrete measurements and limited by the number of sensors within a single optical fiber, thus, the need to perform more complete strain measurements, specifically at cryogenic temperatures, has become increasingly important for several fields of application involving critical technologies for CERN projects. A more recent development in distributed sensing is the use of Rayleigh backscattering for measuring strain along an optical fiber. The Rayleigh scattering is an optical phenomenon that occurs when an incident light interacts with a particle much smaller than the wavelength of the radiation, which results in the scattering of light. This technology is measuring the naturally occurring Rayleigh backscatter level in the optical fiber core, and thus, any standard single-mode telecom optical fiber can be used. In standard telecommunication optical fiber based on silica glass, there are always random fluctuations in the core along the optical fiber due to the fiber manufacturing procedure. As these small impurities are present all along the fiber, when an externally induced strain or temperature effect is applied to the fiber, the density of the impurities is modified and thus detected with an optical interrogator measuring the Rayleigh backscattering level. This technology enables quasicontinuous strain sensing with a spatial resolution in the millimeter range. A future application and usage of the Rayleigh Backscattering measurements would be with liquid hydrogen.

This presentation gives an overview of the fiber optic-based strain sensing technologies, mainly comparing the usage of discrete and distributed optical fiber sensors and their performance down to cryogenic temperatures (1.9 K).