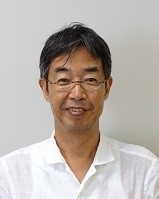 Fumihiko Ito received the B.E. and Ph.D. degrees in electrical engineering from the University of Tokyo, Tokyo, Japan, in 1985 and 1999, respectively.  In 1985, he joined the Nippon Telegraph and Telephone (NTT) Laboratories, Tokyo, Japan, where he has been engaged in various pieces of research on optical fiber communication systems and optical devices. His work includes semiconductor optical switches, holographic optical memory using photorefractive effects, and their application to communication systems, and coherent demultiplexing and sampling for ultrafast signals. In 2000, he was in the NTT Access Network Systems Laboratories and supervised a research group engaged in optical measurement technology for fiber network managements. Since 2014, he has been at Shimane University, Matsue, Japan, and engaged in educations and researches on optical fiber measurements and sensing. He is a member of the Institute of Electronics, Information, and Communication Engineers and the